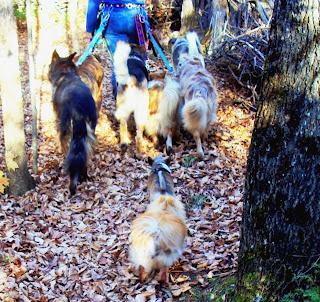 First, I believe it is always important to define what is meant by bite.Not for those who are familiar with working with dogs, but more for those who have not had to deal with such things or are new to living with a dog.

When we say ‘bite’, what is meant? Do we mean break the skin & sink teeth in; are we including a nip, leaving no impression in the skin or a tiny mark?

I have a pack of ten dogs, and at one time or another they have all done the bite thing (leaving an impression in the skin or a tiny mark). All they needed was to be instructed the right way not to do this and repetition of incident was not an issue.

We have many means to express ourselves and protest especially with that opposable thumb of ours! Dogs have their mouth, paws and legs to express protest.

As a Dog Whisperer, I also work with Red Zone’ dogs who have broken the skin and sunk teeth in – this is not the same as ‘leaving an impression in the skin or a tiny mark’. I rehabilitate the red zone dogs. The surrounding circumstances and details of each situation need to be considered.

If we are talking about a red zone dog bite that is one thing. But I believe a nip is a very different thing – easily addressed and when properly done so, re occurrence is normally not an issue. This is just my opinion, based on years of working with dogs and people & their dogs

It is my experience that issues with dogs start with their people. Very, very few instances of a dog biting are unprovoked. The problem resides in the narrow definition we often employ in using the word ‘provoked’.

PROVOCATION CAN BE BROKEN DOWN IN TO TWO TIMELINES – IMMEDIATE & ACCUMULATED

Immediate provocation may be very evident to all people. Immediate provocation may also be only evident to those who really understand and truly know how to read, interpret, establish the pathology of dog behaviour and understand the psychology of dogs. I see both instances in my work with people and their dogs. The result is a lot of assumption, emotion, misinterpretation and miss understanding of the dog.

Accumulated provocation is something that may be clearly evident (i.e. the dog is taunted repeated on separate occasions. On the other hand accumulated provocation may be very difficult for most people to identify. If the dog’s human companions have never (or have ineffectively) embraced the role of leadership in their dog’s life, the effect overtime is provocation. The lack of a) rules, boundaries and limitations, and b) respectful consistent direction, correction, follow through (coaching & mentoring); is provocation over time. Just as it would result in a human acting out, so to for a dog.

When we pass the dog to someone else – we just pass the problem on. When we summarily euthanize the dog we are making a huge mistake.

When we do not take the opportunity to correct the dog in a respectful, firm way without anger, fear or other emotions we create psychological damage in the dog. We miss an opportunity to change future outcomes – we make one more mistake in the dogs’ life – we set the dog up for future failure…just as we would be doing with a human. I help people and their dogs repair this type of issue all of the time.

There are very few dog attacks that are not-unprovoked…it is just that no one was there at the right time to intervene in the right way when the provocation first started to build.

A dog that nips has already been let down by humanity – it does not need to be euthanized, it does not want to be bad – it just wants someone to step up to the plate and provide it with kind, considered direction.

If not addressed in time the nip eventually turns to a bit and the bite can turn into a deathly compressive lockdown. Not the dogs fault – humanities fault.

For those who have suffered from traumatic dogs bites (either human or animal companions), for those who have died as a result of an attack by a dog and for their loved ones who are left to try to understand – it is a tragic and life altering situation. But 99.9% of this time it is the humans behind the reactive dog who are at fault – not the dog who is euthanized.

Because dogs live in the moment it is easier to change a dog’s ‘bad habits’ than it is a human’s. Humans carry grudges, dogs do not. Dogs are very forgiving and treat each day, each experience as a new beginning. It is only with difficulty that we are able to convince, permit and allow ourselves to do the same.

Many of my client’s come to me as a last resort before making the decision to euthanize their dogs. Not one of the dogs I have worked with to date required euthanasia – they were not hopeless cases, they just had not received the direction that they asked for and were left to make up their own rules. I most cases one four hour session with me was all that was required to turn the situation around.

If your dog shows signs of reactivity – is nipping or biting…get help, don’t ignore. Get help. But make sure that you get the right help – e-collars, prong collars are not beneficial tools to address this situation, neither is trying to break the state with treats.

Patience, will, determination, persistence, respect and an understanding of dog and human psychology are key. Coach and mentor the dog, train the people.

My name is Karen Rosenfeld. I am an holistic diet nutrition health and wellness practitioner for dogs and cats. I am an holistic behaviorist for dogs. I offer a wealth of real-time, real-life experience. 30 years working and living with dogs and cats. Companion animals are my life, my work, my passion. Maintenance of Health Health Issues and Conditions Custom designed whole food diets, raw and cooked. Recommendations for commercial whole food diets. Consultations available worldwide via FaceTime, FaceBook video and voice, Skype, Phone and email Recommendation and specification of... Species Appropriate: Whole foods Treats Herbs Alternative medicines Supplemental foods Treatment and Remedy Holistic Behaviorist Services for Dogs Include: Obedience Training Behavior Modification Psychological Rehabilitation In-person Sessions Sessions available worldwide via FaceTime, FaceBook video and voice, Skype, Phone Affiliations to Companies None. I don’t sell food or supplements. I am NOT aligned with any companies. I prefer to select best solutions for my individual clients’ situation. My client services are available around the world. 🇺🇸USA 🇨🇦Canada 🇬🇧UK 🇦🇺Australia 🇪🇺Europe 🇨🇷Costa Rica and other Central American Countries 🇦🇪United Arab Emirates 🇸🇪Sweden and other Scandinavian Countries 🇸🇬Singapore and other Countries in Asia etc. Consultations and Sessions 📧Email: karen@ottawavalleydogwhispererer.ca 📞Phone: 1-613-293-3707 📱FaceTime 📱FaceBook video or voice 💻Skype 📖Holistic Wellness eBooks custom designed to suit 🚶In-person Sessions only available in Ontario, Canada.
@karendogwhisper
Previous How to Greet a Dog
Next How to Cut Your Dog’s Nails – no struggle, no fight